A guest, Bruno Costers, B-2350 Vosselaar, Belgium, has sent me via contact form 3 photos from an American Bosch car radio model 536 recently. This began to interest me. I posed some questions to be able to fill in the model with more data. I wanted to know in which type of car the radio was placed in. This resultet bit by bit to a very interesting story. I find it quite interesting to see behind the history of some things - like this car radio.

To my astonishement the story begins in Luzern (Lucerne, Switzerland) in the Garage of a friend of mine, Garage Epper Luzern. Well, it was the late father of my friend, Ernst Epper, who opened this garage and I did know him. My friend is Kurt Epper who took over. Now the garage is run by the son of Kurt Epper, Stefan Epper - who became also a friend.

What I don't know is if they did import that rolling chassis of a Crysler 1937 to a customer demand or if they did a normal trade. Anyway: They (or Tüscher in Zürich?) imported the Chrysler chassis, built on 1st December 1936: 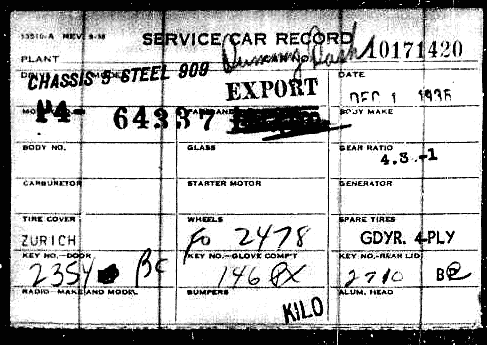 At that time it must have taken 2 or 3 months before the rolling chassis arrived in Zürich. The information inclusive a copy of the document was given by Chrysler in Detroit and the owner could even find out that it has an original Borg Warner overdrive. In the USA they called this model Plymouth p4. As a family it was called 1937 Chrysler-Plymouth Six De Luxe. In Europe they sold in the UK as Chrysler Kew, assembled in the Chrysler Kew factory, 74 pieces of the RHD car (the other one above). You will find quite some sites by using those terms if you are interested mainly in the car. Here we are more interested in the radios and therefore I do not bring those details.

Below you find a picture (it is a drawing because Bruno was not allowed to put it to the web!) of that chassis:

To my surprise, Carosserie Tüscher (TG) still exists as Carosserie Tüscher AG (TC), Dällikon near Zürich. They now do the coachwork (body, bodywork) for  trucks, lorries with trailer, motorbuses etc. In 1936 they showed the following plate: 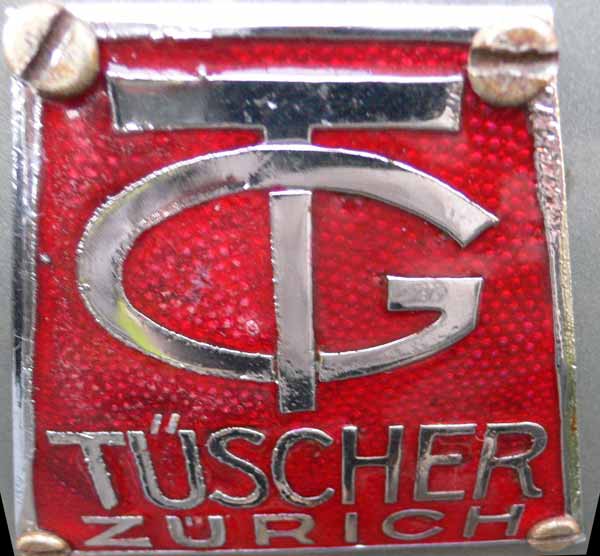 Below you see the remains of the dashboard of that Chrysler-Tüscher model 1937: 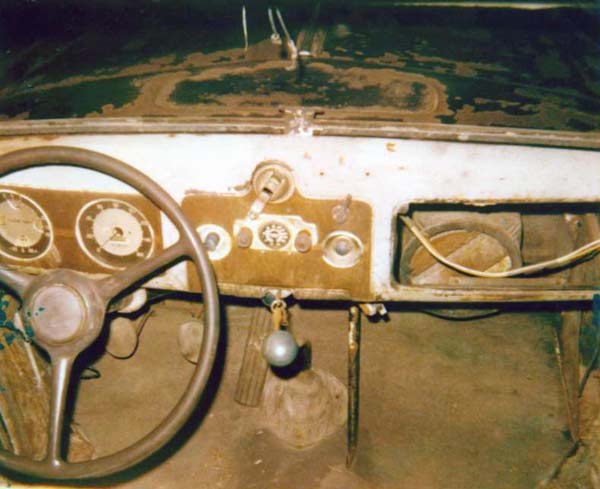 In the middle one can see the knobs and scale for the radio American Bosch model 536B. The chassis with loudspeaker and set was placed under the left hand side under the steering wheel. Below right was the origianl heater for the car.

We believe that this was the state when the car was found in a barn in the North of France, showing a confiscation number 203 853 from WW II. We believe that happened in France. But I also know that in Switzerland some cars have been confiscated by the army. Does anybody know more about this please? 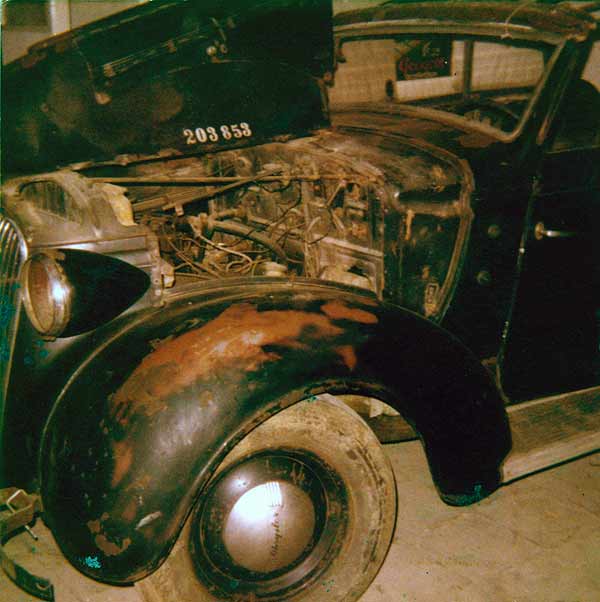 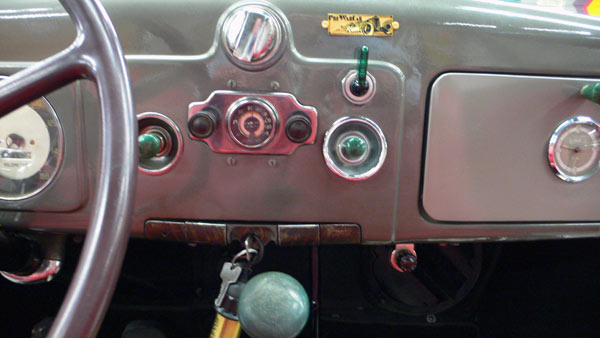 The restoration work was done during two years in 1978-1980 by a body shop in Tilburg, Holland. It then belonged to Fam. Mentink who used the car for 27 years (40 000 km). The new owner, Bruno Costers has it since two years and owned before a 4 door Chrysler Kew 1937. See below. 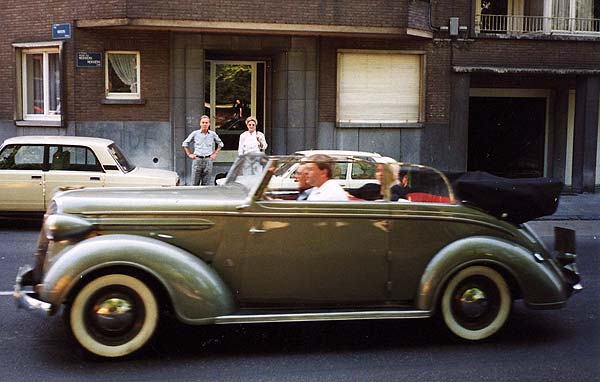 Here below you see how the Chrysler-Tüscher 1937 looks now: 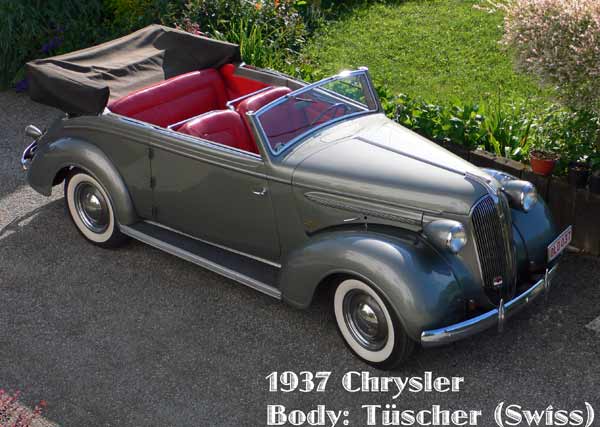 The radio American Bosch model 536 was also restored and implemented again. The company later called itself United American Bosch. We list its first car radio as Motor Car Receiver model 80 for 1929 with a question mark plus models 803 and "Police 108" for 1931 with a question mark, followed with model 100 , 9:20 and 150 Type 1. We would be glad having pictures for those early car radios. Here you find our history about United American Bosch in Springfield, Mass., USA.

Here you can read about the history of first car radios which started much earlyer than this American Bosch car radio. But in 1936/37 those principles have not changed. There was a long way to the normed measures and having tuning and radio in one case etc. 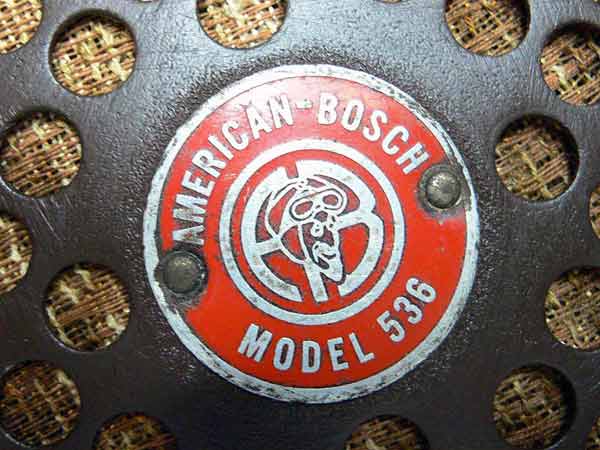 This is the name plate on the loudspeaker grille. Have a look at the center.

Here below you see the case with the integrated loudspeaker on top: 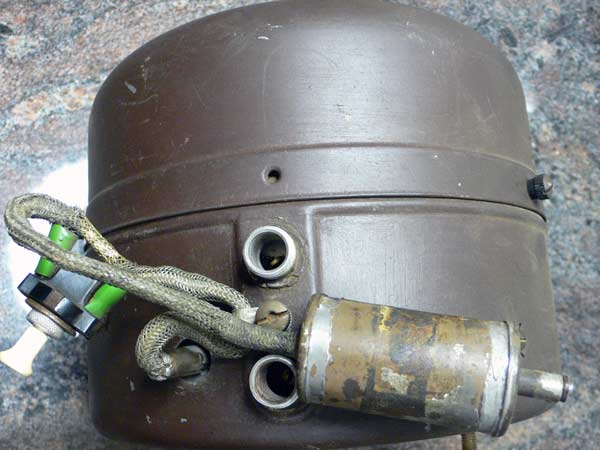 Here below you see something from the inside: 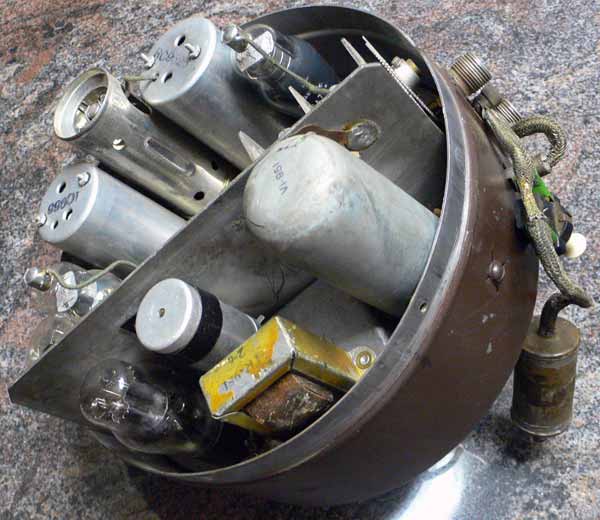 You see the tubes clearly. The top would be the other part of the case with the loudspeaker.

Below you find the controls. At that time broadcast band only was most common. 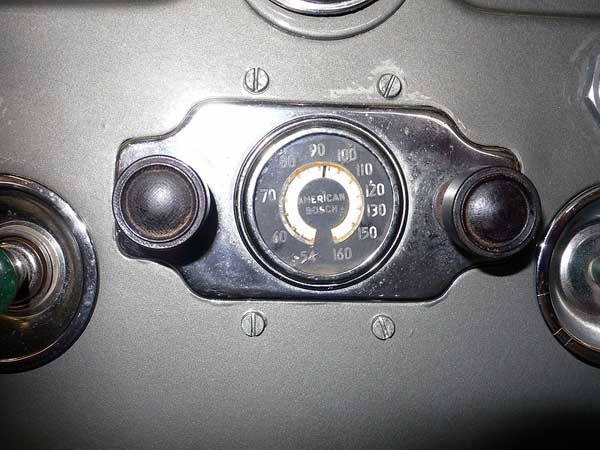 Would be nice if we find pictures of other very early car radios. Radio collectors did not consider it a collectible because they don't look nice or fancy. On the other hand antique car collectors or restorers care for the original condition of their car. We might find some synergy effects, working partly together.

Confiscation number is from Switzerland

Since that car (above) was found in France we assumed that the confiscation number might be from France. It is from Switzerland.

A guest, Markus Hermann, showed me a picture of his Chrysler 1937, a Plymouth P4 with a similar number (10584-A). The car was only used in Switzerland (Jura) as a company car for a director - until it was put in disuse in 1963! Unfortunately it has no radio. 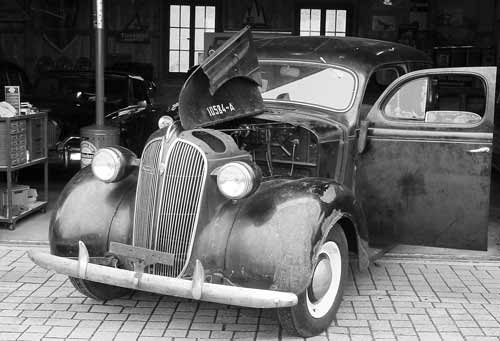 An other user of this radio

This is what I received today about this radio model 536:

Recently saw the article in the Plymouth Owners Club news magazine about the Bosch Model 536 radio.I have a 1933 Plymouth PC that has been restored to as close to original looks but has modern running gear. The car was my Uncle's and it had the Model 536 radio in it. I had the radio repaired and is now back in the "33. It is powered by a voltage drop as the car is now 12 volt system. The radio was mounted under the dash but now is mounted through the dash on the passenger side. It does not have the faceplate showing, just the knobs and the dial. Would like to know more about this radio. I had it repaired by an elderly man who repaired radios for many years and he had the schematic for it.
Hope to hear from you.
Thanks, Rich Von Allmen