The model EK (E10K) is part of the collections of the following members. 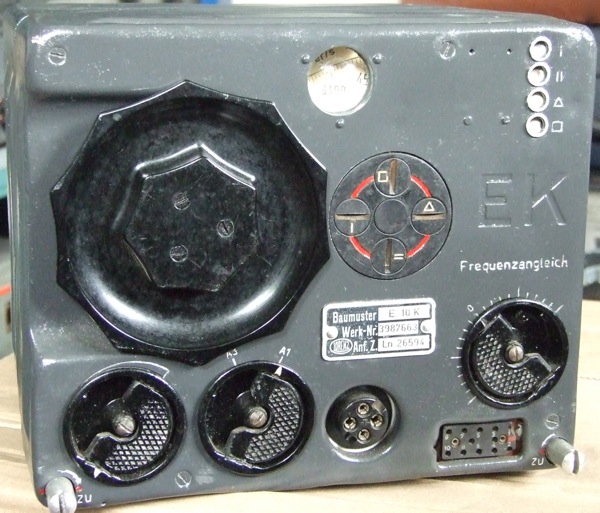 The cover needed some refreshment. It had scratches, different perforations; some buckles and had been repainted at least two times with different colors.

My plan was to clear the buckles, remove all paint by abrasive bead blasting, spray-paint the surfaces and finally fill the character and sign impressions with appropriate paint.
The front and rear cover was in the production line pressure formed of 1,5 mm alumina plate and in the same process the grooves for character and signs were performed. 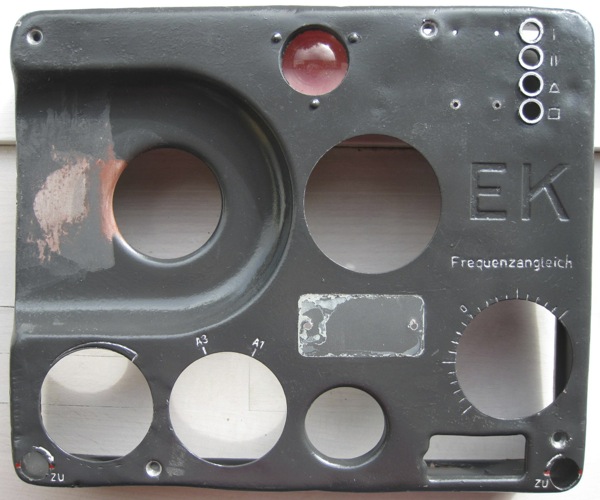 The front cover was dismounted. The original red first layer basic painting can be seen at left - it was hidden under more layer of paint.
The alumina data sign with its rivets was removed to protect it for the abrasive bead blasting.
Do not use sandblasting - it is too abrasive. Especially for the character/symbols impressions.
To protect the glass lens it was covered with a two tight fitting plastic caps. The red one mounted at the backside. Another will cover the front glass.
The missing cart holder right of the red lens cover had to be reconstructed later. See the four holes for rivets. 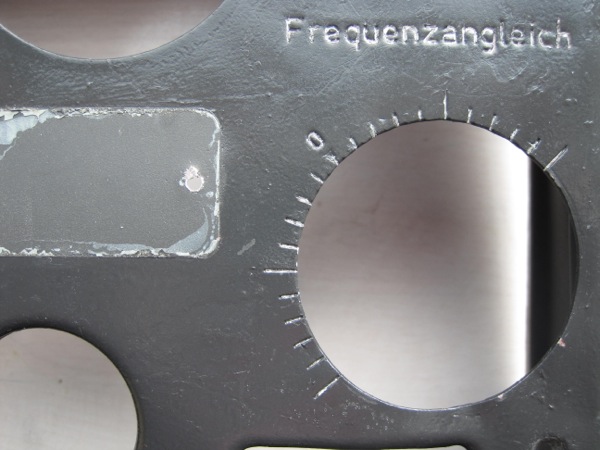 Hidden under the sign I found the original paint and two other layers.
The original shade of the paint was compared to a RAL Color Chart and saved.
The characters and symbols were pressed into the alumina surface in the production phase - you can recognize the white paint filled impressions. They were later filled up with - as here - white oil paint. The excess paint was whipped away with a soft paper immediately after the application. 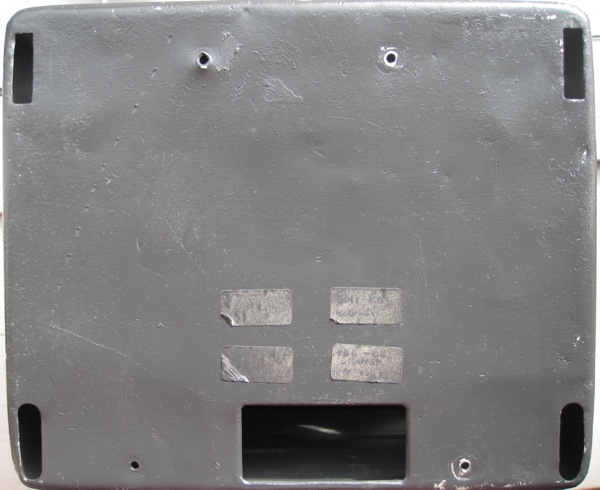 The rear part of the cabinet. The four paper bits revealed some unreadable notes partially hidden under spray-paint. 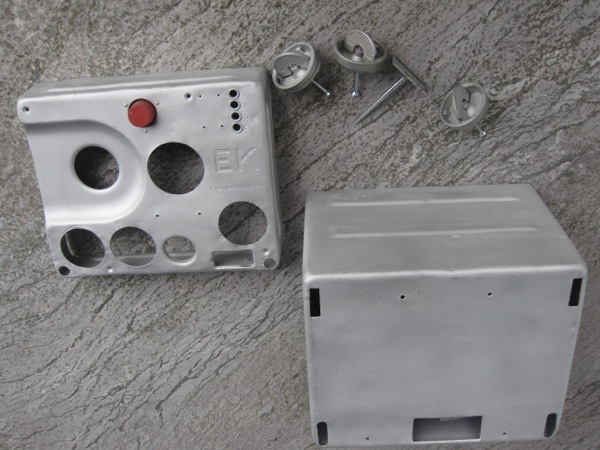 The result immediately after the sandblasting. Observe the lens-protecting cap. The three metal rotation knobs were too treated. Provisory metal screws were inserted in the knobs. In this way they are easier to handle under the bead blasting and painting process. 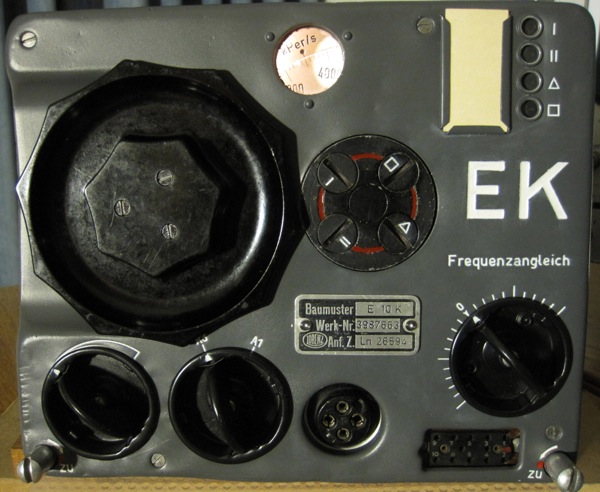 The final result after a professional spray-painting with an RAL color similar to the original color. The paper holder right of the lens - with a little card placed - was reconstructed from a 0,5 mm alumina plate and mounted in epoxy-glue instead of the original rivets.
Behind the lens glass is engraved kPer/s shown instead of the normal kHz. As a Jew with the name Hertz the Nazis forbade his name to bee used - even abbreviated!