A few years ago I picked up this FM tuner front end at a radio flea market. I fired it up and it drives a 10.7MHz IF just fine. The single tube is a 6J6 common cathode dual triode. When I looked at the circuit I remember one triode working as a local oscillator, and the other triode as a mixer. I think that there was no explicit coupling from LO to Mixer, except for stray capacitance or inductance. This arrangement was used in several designs with the 6J6. 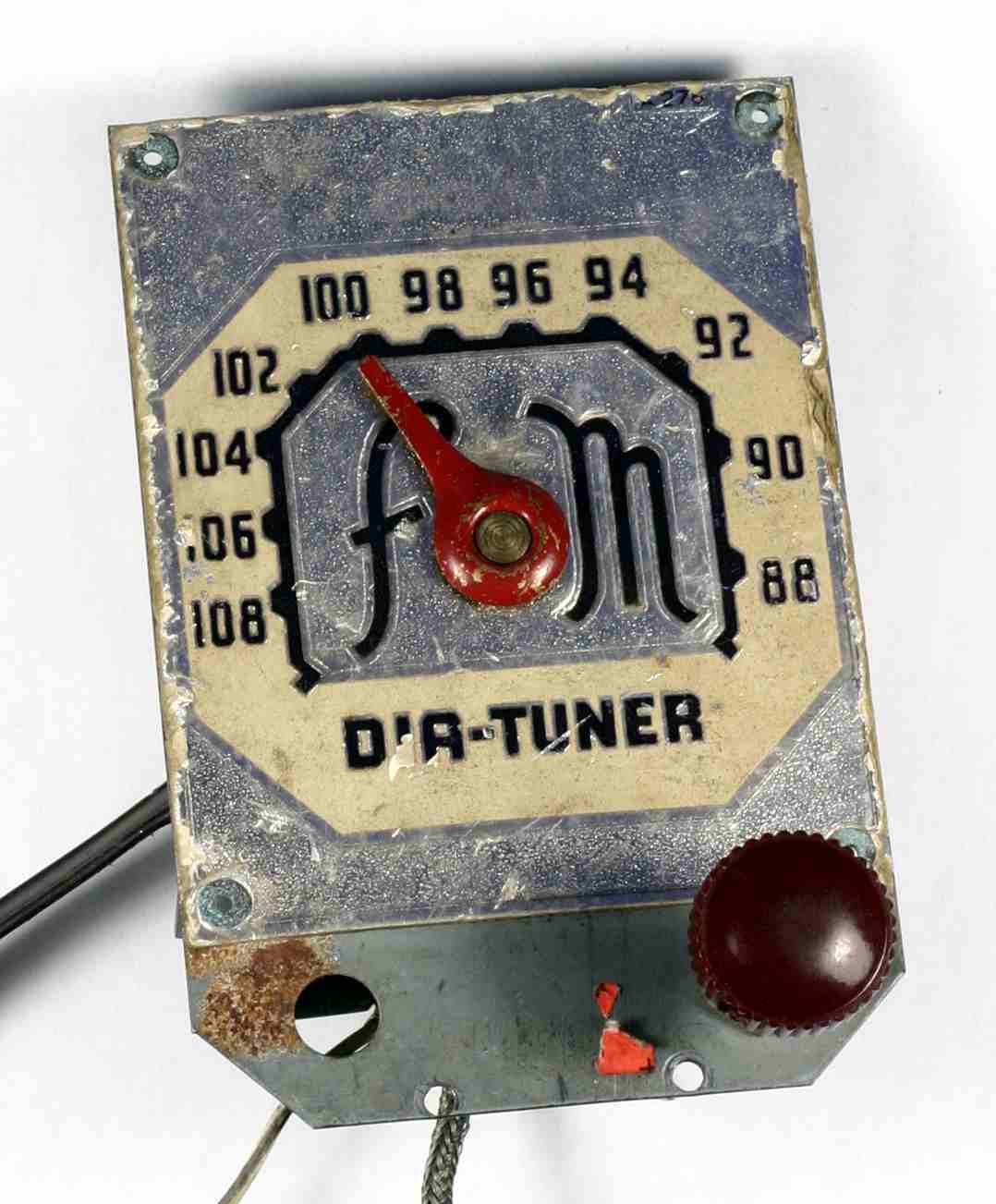 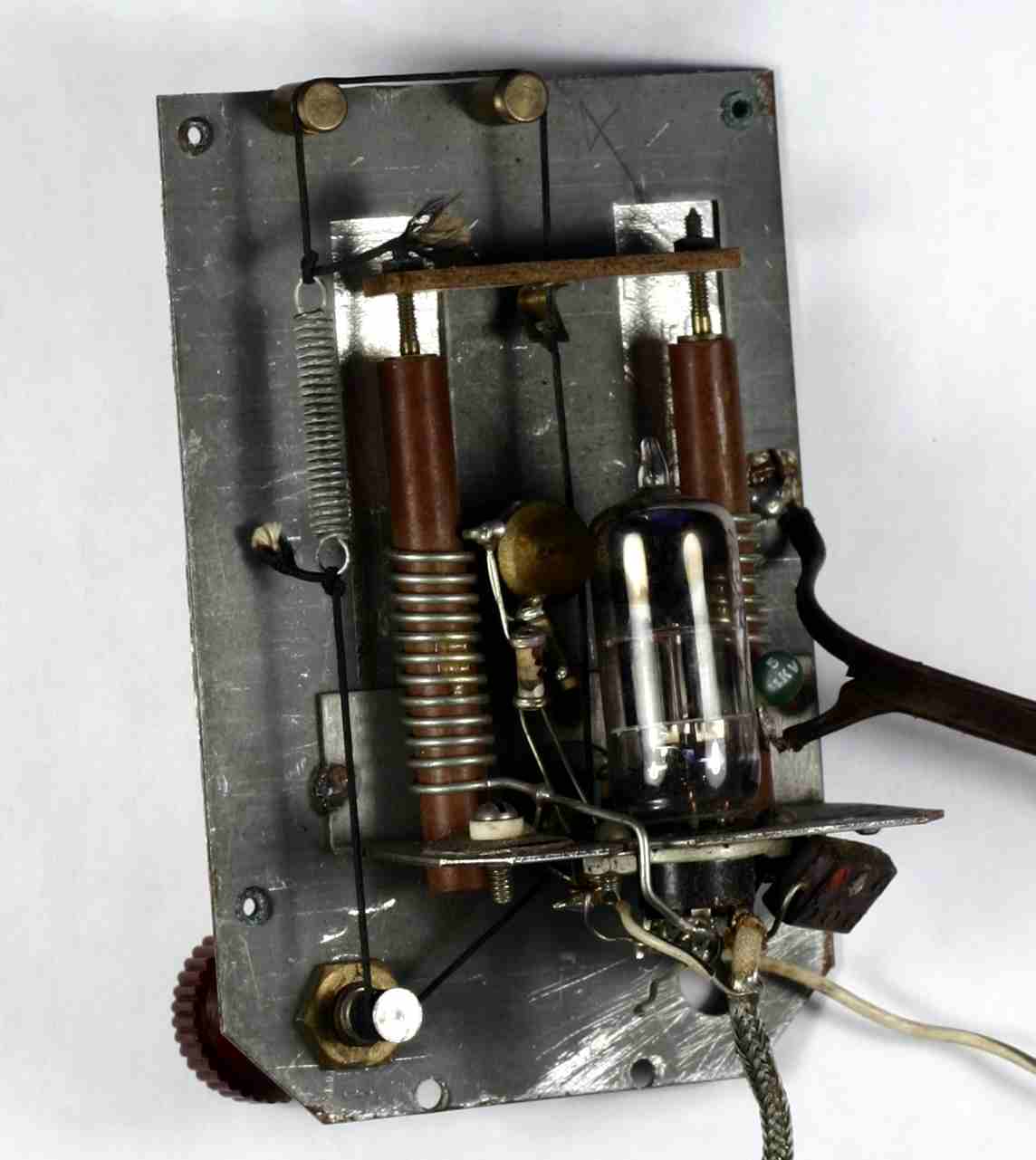 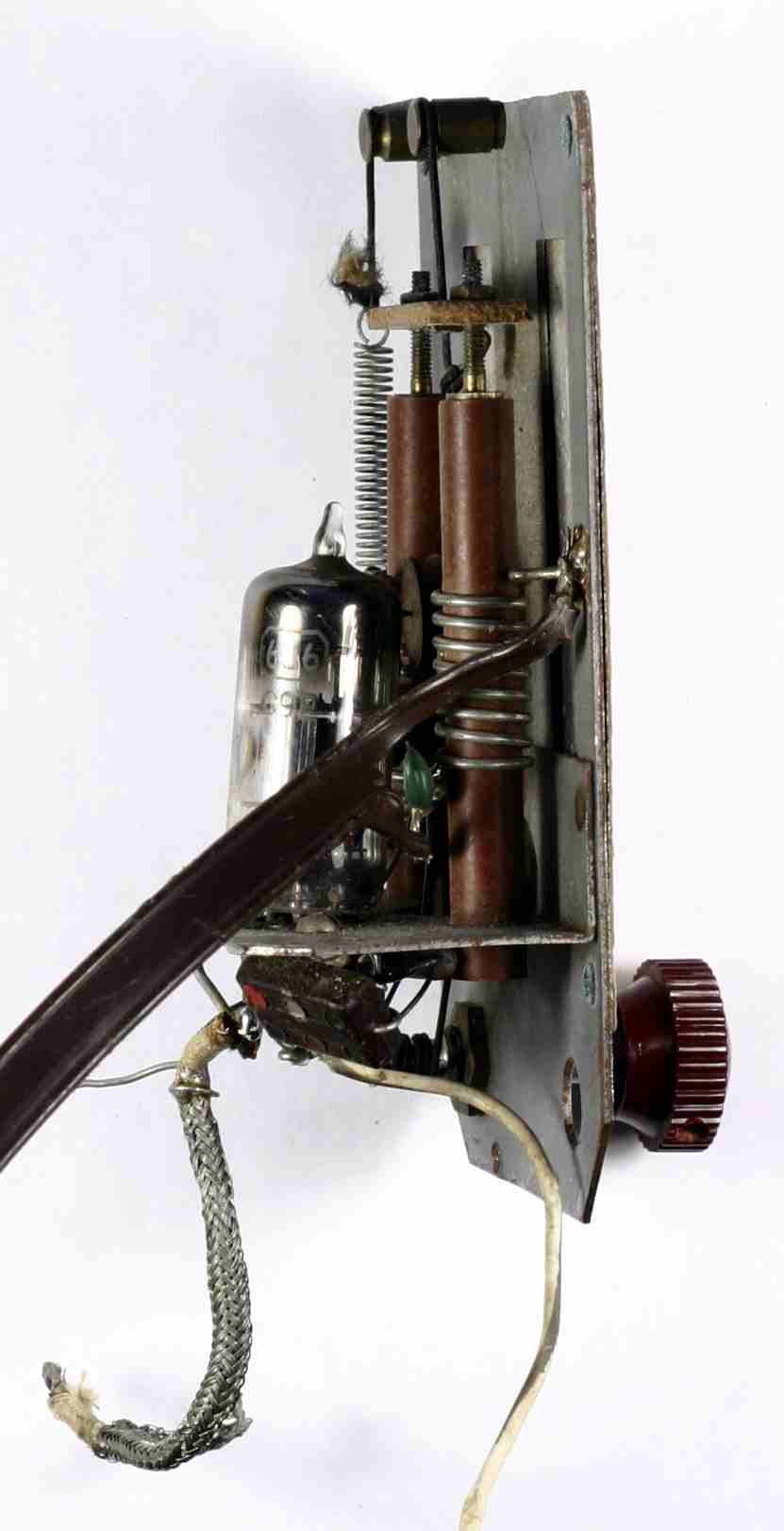 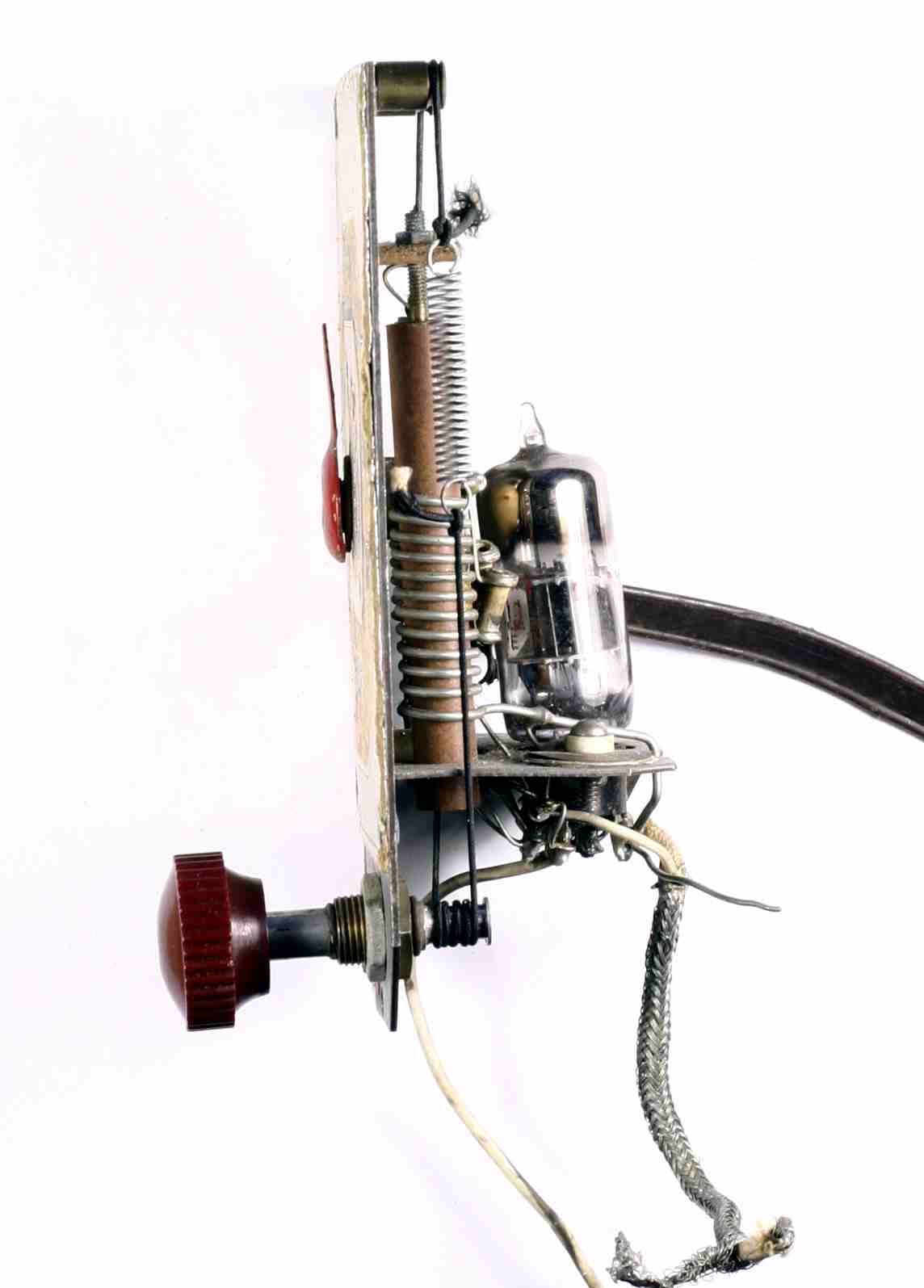 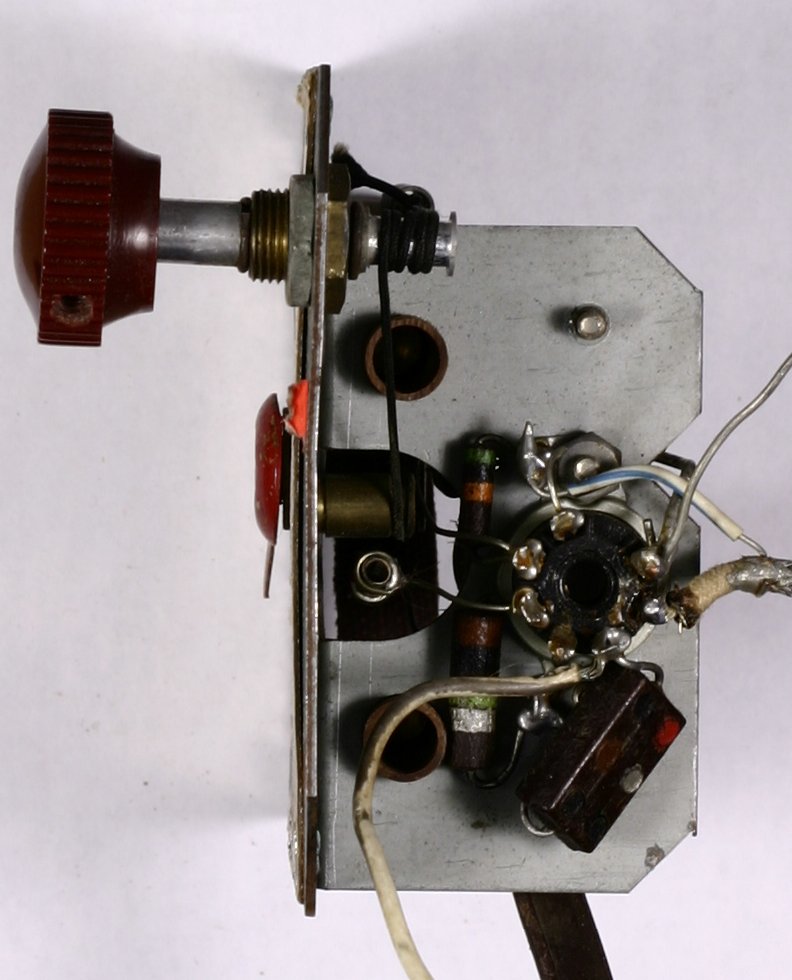 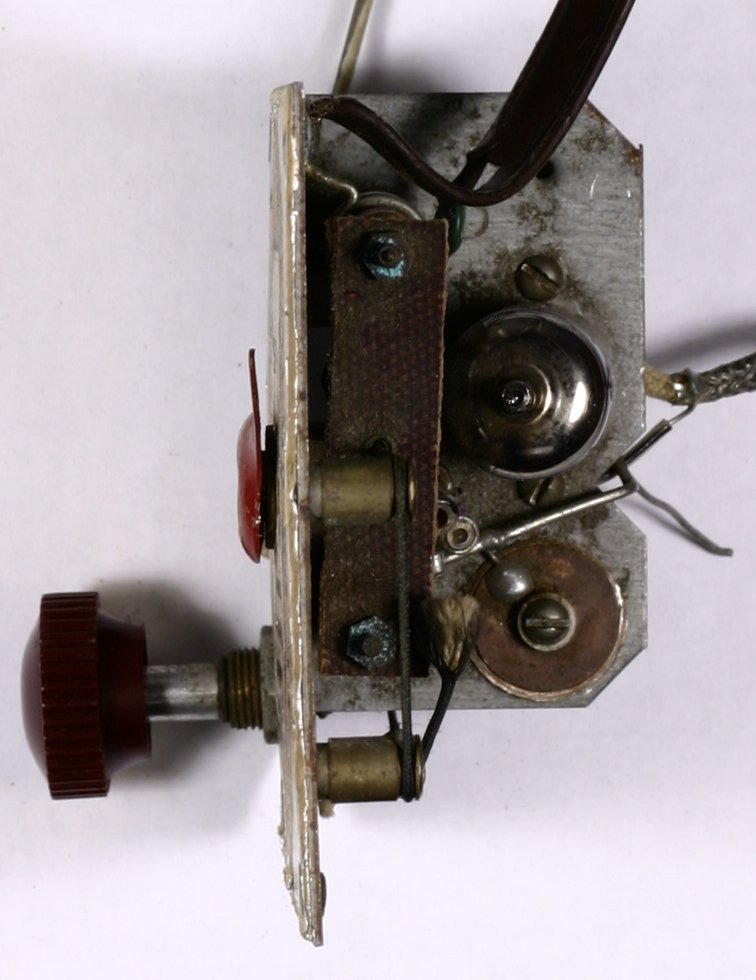 After looking at all the radios and TV's in the RM database that use the 6J6. I came up with the RCA 9W102 console that has similar front end, but the physical format is unlikely to be a match. The schematic on the left shows the front end of the RCA 9W102.

This thread was moved automatically.

This question was moved automatically to the board "Talk" to get more possibilities for answers.
Moved from board »Devices: rare or unknown or self made« on 29.Sep.09 06:16 from automatically
3

A google search has returned a hit in google books that identifies the Dia-Tuner.

This material is copyrighted, so you will have to search google with Dia-Tuner to get the same hit.

The Dia-Tuner was described as an FM front end module made by the Aermotive Company, and it comprises the local oscillator and mixer, using a 6j6 common-cathode triode. The Aermotive company also supplied the antenna coupling coil and an RF choke.

The PM article describes how to make a receiver using this module. The tube line-up includes:

6J6 in the Dia-Tuner module as LO and MIXER

6BA6 x2 Used in two IF stages. These include grid-leak limiting resistors, but the screen is run at the same high voltage as the plate.

The 100k//5nF=318Hz grid-leak on the first stage returns to the negative end of the balanced ratio detector. This exposes the bias of this stage to desired amplitude variations for AGC control, but also to unwanted LO drift variations, because they are detected as a DC shift by the Ratio Detector.

The second stage grid leak is 470k//5nF=60Hz. Neither grid-leak time constant is fast enough for effective limiting. This explains the AGC feedback to keep amplitude low for linear operation of the first stage, and it is not clear if the second stage will start to limit on the strongest stations.

Even without effective limiting by the grid-leak RC network, it still serves the purpose of automatic negative self bias by local envelope detection, to prevent hard loading of the IF transformers with a forward biased grid input.

The first stage includes a 68 Ohm cathode resistor to normalize input capacitance, but the second stage has a 5nF cap in parallel with this resistor, which defeats the input capacitance normalization benefit of the 68 Ohm resistor.

5Y3-GT Power rectifier operates from 350VAC from power transformer and DC output includes 15H Choke that supplies the 6AQ5 plate. The remaining stages get an additional RC filter at Bplus.

This thread was moved back manually because it received a valid answer.

The March 1950 issue of Popular Mechanics magazine arrived. I scanned the article about the FM radio with the Dia-Tuner front end.

Click on the thumb-nail images to see or save the full resolution scans. 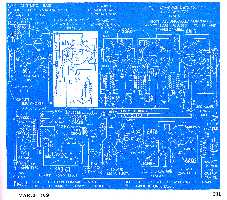 This last thumbnail contains a B&W GIF version of the schematic that is easier to read and print.