The model Cairo Moving Sound is part of the collections of the following members.

I have been browsing the Internet at the usual places looking for this Philips triangular shaped radio since a while. Then I bought one of these Brazilian made units.

1. I have been encountering this "Cairo" model radio with the exact same shape, RF bands and control knobs under two different model designations, as seen on the back cover label and package box:

I don't see any specific differences between the two radio models, except for the color scheme that looks different between models, but that may not be the case. However, the package boxes for each model show different earphone shapes, suggesting different models.

2. As for manufacturing plants, at least two countries were involved in the assemblage of these radios:

2.1. China made both model designations around the same time frame, as seen on the back cover limprinted date codes:

2.2. On the other hand, the Brazilian made models that I saw so far, do not show the model designation nor  any date codes on the outside of the cabinet as the Chinese ones do. At the back cover, a sticker label close to the Philips symbol imprint contains this text:

So these radios were also assembled at Sudam Manaus factories under "made to order" requests, but for some reason they did not use the same cabinet back covers with direct text imprints as seen on both of the Chinese model designations.

Manaus got the back covers with the usual "Philips" and Philips symbol imprints at two of the triangle corners as the Chinese ones, but the 3rd corner was left blank. Then Manaus have used a sticker label to identify the manufacturing country, and for some reason leaving the model designation omitted.

So I have opened my Brazilian made unit, only to find a sticker label inside with this text: 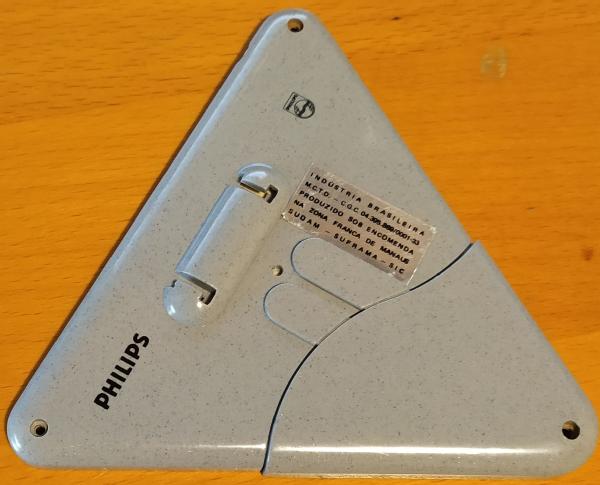 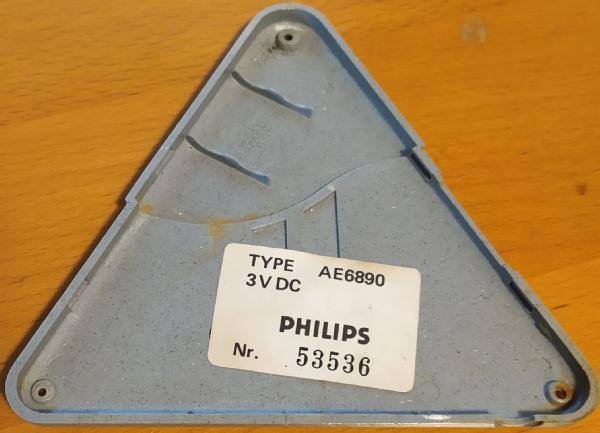 3. Components inside of my Brazilian D6890 model

The uploaded D1927 schematics omits the IC references, but it clearly identifies their functions, and I can confirm that on my AE6890 model the PCB components match the D1927 schematic diagram.

Here are the IC references: