The model Luna-Phono-Stereo is part of the collections of the following members.

I compared the different kinds of Chassis, that you were asking for.

The Model 5751,with other tubes, has similary boards, but parallel.

It often happened, that manufactors changed parts or, like in this case, a complet module, when parts are missing and the marketing had to go on.

Its possible, that other members have further informations.

Some time ago I bought a Loewe-Opta "Luna-Phono-Stereo 4736W". It's cabinet has the dimensions of the 4736W, the rear panel describes it as a 4736W and the "Bestueckungsplan" (inside rear panel) lists the correct tube complement for the 4736W. There is even a stamp on the chassis designating it clearly as a 4736W. See pictures: 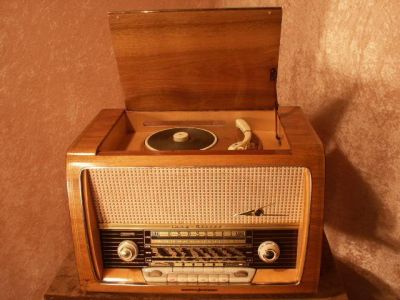 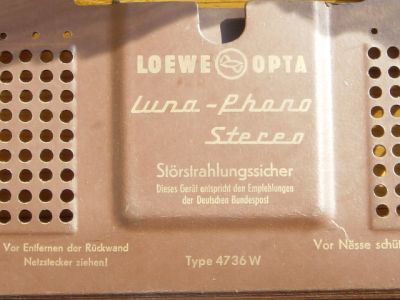 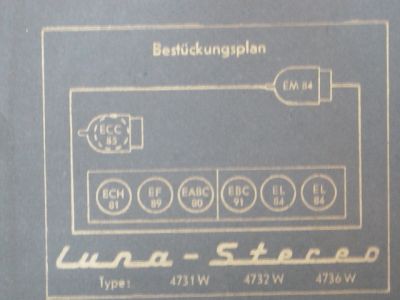 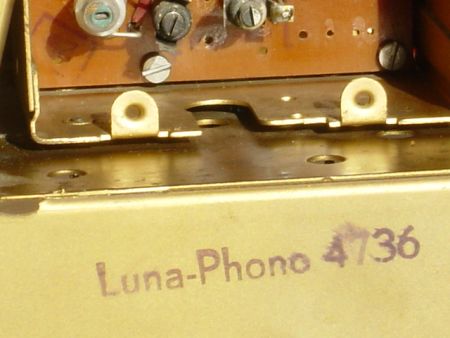 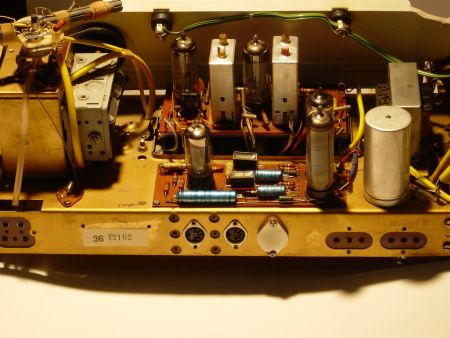 Is ist conceivable that at model change time Loewe-Opta was stuck with leftover 4736W cabinets and decided to stuff them with the next generation chassis?

What should be more important in classifying this (or any other) radio: Properties of the cabinet or those of the electronics?

Thanks for any thoughts on this.